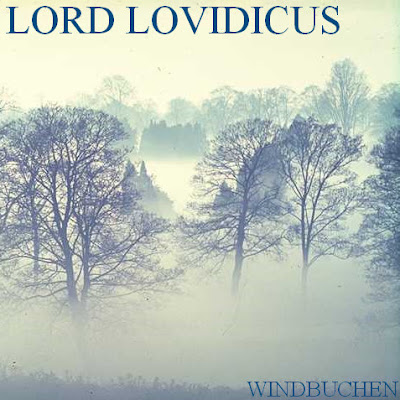 You have no home.  You are a ghoul, condemned to wander the dreary night and occasional fog-shrouded day, making the graveyards your township and the catacombs your abode, with only the crows to keep you company.  It is not so bad though.  Few are granted such deep introspection.  You are not burdened by the obligations of living amongst others of your kind.  There is no earning or spending money, no festivals, no friends, no family, nothing in the cemetery but you and the gloom.  And that is fine because it is still beautiful.  It is more beautiful.  Free from all distraction you can recognize the same life and essence that permeates the entirety of existence, even in the cracks of that forgotten crumbling gravestone.  The essence is more visible when contrasted against the bleak isolation of these surroundings.  Perhaps you might even one day return to that place you once called home, amongst the living, knowing that if the pain and fear ever become too great, the comforting sadness of the necropolis will always be there for you, a guiding light reminding you that the beauty always remains underlying it all, even when your vision is so clouded that you cannot recognize it.  You could return tonight, or tomorrow, or some day, or perhaps you’ll never rejoin the fray and instead forever fade into the mist of forlorn serenity.

Windbuchen is Lord Lovidicus’ first album, and certainly one of my favorites.  He released seven albums in a short span of just one year, starting with Windbuchen in December 2009, when dungeon synth seemed long dead.  After the release of Arcane in November 2010 he then took a year-long break and returned with an evolved and more sophisticated sound that continued to develop over time, resulting in many beloved albums and making him one of the most important artists in modern dungeon synth.  But for me Windbuchen and Trolldom still remain the albums closest to my heart.  I still find myself often revisiting these two albums.  They are much more simplistic and primitive than the rest of Lord Lovidicus’ catalogue, and a bit different even from the rest of that initial batch of 2010 albums, much more somber and slow-paced, very atmospherically focused.

Windbuchen, like all the Lord Lovidicus albums of this period, has an interesting lofi production quality.  He said in an interview that these albums were recorded with a headset microphone rather than direct input from his keyboard, which is certainly out of the ordinary, but I think might give it a sort of unique authentic room reverb that adds a lot to the atmosphere.  I even often hear this nice quiet clicking sound in the background, which I think might be a metronome.  I love that and am not sure why barely-audible clicking would also contribute to the atmosphere but it definitely does.  All that said however, there is a glaring flaw with the recording quality that must be stated: a really nasty high-frequency noise, mainly in tracks 2, 3, and 4.  It basically just sounds like tinnitus, so much so that for a long time I couldn't tell whether it was actually present in the audio.  It bothered me so much I loaded up the tracks in my DAW with a frequency analyzer plugin and saw that these sounds were specifically at 11.5 kHz and 9.75kHz.  Fortunately there were no other sounds in that range for those problematic tracks, so I was able to squash those exact frequencies with an EQ and not lose anything, making the overall listening experience much better, allowing me to fully appreciate the album without the distraction of feeling like there’s something going wrong with my hearing.

I read an interview where LL described the keyboard he used in this time period as simply being “a Casio,” and I think he uses it to good effect and quite conservatively.  It has a pleasant lofi charm without seeming like a cheesy toy, a very synthesized sound but still vaguely orchestral.  Mainly it’s just strings, pianos, crystals, raw synth lead/pad type sounds, and some very dry subdued percussion, which suggests there were just a handful of useful presets available on this keyboard, but I honestly haven’t really noticed how limited the timbral palette is until just now.  I guess this is one of those cases where limitations inspire creativity and put greater focus on the actual composition.  The composition seems very simple on the surface: few layers, slow-paced, short melodies, and familiar scales.  However I’m not sure it’s as simple as it might initially appear.  There’s still a fair amount going on as far as things consistently changing and evolving within that minimalistic framework.  I think even for such an early output these were still conscious decisions, intentionally holding back, understanding the special atmospheric power of such an approach, but with an awareness of how to keep it interesting and engaging.  Also I really like how much attention is given to the stereo effect, lots of different things going on in the left and right channels to the extent that it risks becoming completely unbalanced, but somehow the contrast always works and never gets distracting.

This album, alongside Trolldom, is one-of-a-kind.  I’ve never heard anything that conjures up the same particular feelings of relaxed melancholic wonder, and doubt if I ever will again.  I feel like this was a very transitory mental state for LL, and even he could not recreate it if he tried.  Of course there are now countless albums made with this level of compositional minimalism, these same sort of keyboard presets, similar lofi production, even often seemingly greater levels of effort within the same sort of framework.  It feels like this album was just thrown together in a couple of weeks as a casual hobby.  And yet for me this is still a totally unique introspective experience that I treasure.  Perhaps it is just personal nostalgia of discovering it a decade ago when nearly all dungeon synth was so rare and elusive, and I wonder how Windbuchen and Trolldom would affect me if they were released today by an unknown artist, but I would rather believe they really are inherently imbued with some mysterious supernatural essence.  Either way, this is the kind of thing that interests me most about dungeon synth, when words fail and I simply cannot explain or understand why certain unassuming recordings are so inexplicably transcendent to my ears.

Posted by Andrew Werdna at 1:04 PM